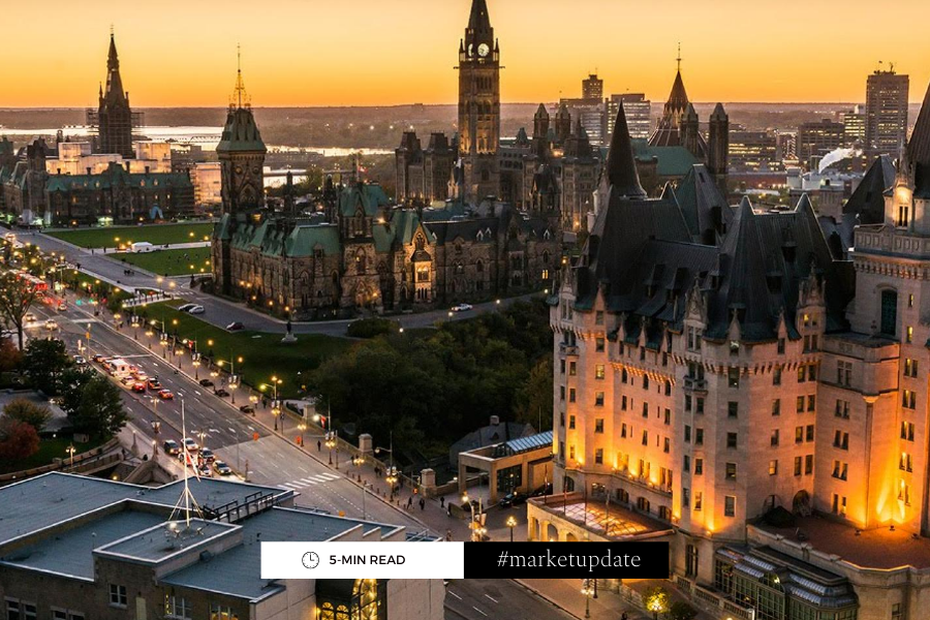 NICK FUNDYTUS: What do you need to know about Ottawa's real estate market in September 2022?

I'm Nick Fundytus, this is my teammate, Karim Ali, and we're going to go through the numbers and what they mean.

It's September 2022 and we're recording today from St. Elias Banquet Hall on Riverside at our brokerage's twice annual big breakfast meeting. This is where we have a number of speakers and one of the speakers today is the Canadian Real Estate Association's chief economist and director to tell us what's ahead for the Canadian market and also more specifically in the Ottawa market.

The Ottawa Real Estate Board just released its numbers for the month of August and they're going to tell us a little bit about where we're headed.

So, Karim, what's the first number we need to know?

So 1,137 is the number of homes that were sold total in the Ottawa real estate market in August.

And can you tell us more about that?

Yeah, that is down 27% from August of last year, and of those, 850 were freeholds, 287 were condominiums, and the five year average for total home sold in August is of 1,603.

You can see that's down quite a bit from the five year average.

What's the next number we need to know?

Now that's up a lot.

If you were house hunting in, say, February or March this year, you saw that homes were going quickly off the market in a week or even in a couple of days, and that's simply not the case.

Now I'll give you a couple more numbers. Okay, 4 and 5 percent.

So 4% is actually the average increase in price for condominium is 4% and freehold is 5% that we have seen from August 2022 over 2021.

Okay, so what's the last number there Karim?

So that is actually the number of homes that were listed in August. So that actually is a big increase from what we've seen earlier this year. And that shows that we're seeing a return to what's called a balanced market where there are three months of inventory.

It means that if you took all the homes that were listed now and you didn't add in a single one, it would take about three months at the current pace to sell them all.

So let's talk a little bit more about what this all means. First of all, as I said, it's a move to a balanced inventory. So this means that we're going to see the return of offers with conditions that if you're a buyer and you want to purchase a home, you're likely going to be able to get a financing condition, an inspection condition, and if it's condominium, you'll be able to get a status certificate condition, whereas oftentimes you'd have to fill those before you ever put an offer in.

The other thing that we're going to see is that if you are on a variable rate mortgage, with the increase in interest rates in the market, you may have to watch out for what's called your trigger rate. Talk to your lender about this.

There is a rate in variable rate mortgages where above a certain point, it will trigger a change in your mortgage so that your mortgage payments will be more instead of just more of your payments going to the interest on the mortgage.

Now, that's all we have for this month. We will have a little bit more to summarize what we've seen at the conference here today. But for now, just know that all the data that we give shows an average for the city. It doesn't mean anything specific for your home or for a specific sub neighborhood.

However, that's exactly what we're here for. We are happy to answer any of your specific questions or dial in on a specific market.

So where can they reach us Karim?

They can reach us via nickfundytus.ca or through DM down below.

Right. You can reach us anytime. Our emails, by the way, are nick@nickfundytus.ca or karim@nickfundytus.ca and make sure that you click on subscribe on YouTube and click the little bell so you never miss one of our market updates.

We'll look forward to seeing you next month as well as all our videos in between to show you what's going on at this conference for the state of the market in Canada, as well as all the educational videos that we love bringing to you.