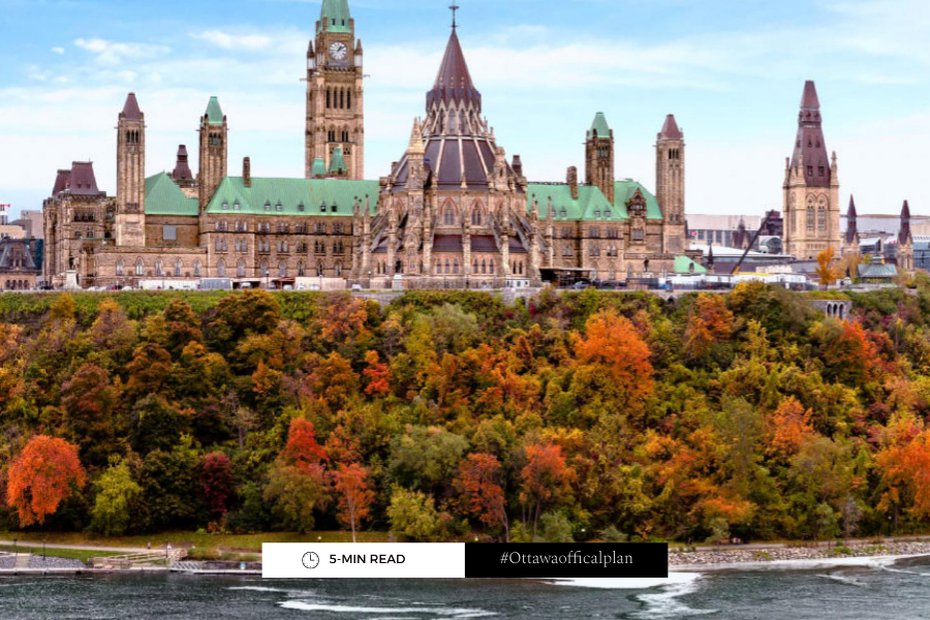 If you currently live in Ottawa or are planning on making the move to the Capital City, I highly recommend taking a look at the City of Ottawa’s New Official Plan. This plan is the vision for the future growth of Ottawa that includes both policy framework and the city’s physical development plans until the year 2046 and beyond.

Since the early 2000’s, the City of Ottawa has had the same official plan. As of early 2019, the city has begun working towards creating a new plan for our city’s growth to guide physical development from scratch and is now looking for public input (more on that in a bit).

The City of Ottawa’s population is projected to surpass 1.4 million by 2046. We just passed the one million mark in 2019, which doubles the population from 50 years ago. Obviously, Ottawa has changed alot over the years and we do not want to miss on further growth opportunities for our city.

The city’s vision for Ottawa is that it will “become the most liveable mid-sized city in North America” (City of Ottawa - New Official Plan, November 20th, 2020), and we are well positioned to be just that. With the growth of Kanata, Orleans and Barrhaven as well as the downtown core, “Ottawa is well positioned to achieve this vision. We enjoy a high quality of life supported by strong neighbourhoods and cultural communities. We have incredible parks and greenspaces. We have a stable and increasingly diverse economy, as well as extensive educational and health systems.” (City of Ottawa - New Official Plan, November 20th, 2020).

Our existing plan is based on land use planning best practices established and implemented in the 1950’s. The new plan will consist of six components called “Transect Areas” (Downtown Core, Inner Urban, Outer Urban, Greenbelt, Suburban and Rural) as opposed to the previous that only had two; rural and urban. This plan also focuses on the form and function of planned building development (what role the space plays in the area as well as the shape of the buildings, open spaces and public realm). The former plan only took into account land use.

Because the city is still collecting feedback from the public, the Official City of Ottawa plan is in a draft format. You can view the entirety of the plan as it currently exists HERE. You can view individual plans for specific communities and to see exactly what is planned for that area on the same page as linked in the previous sentence.

The best place to get updates on this plan is the City of Ottawa “The New Official Plan” website.  In order to collect feedback on such a complex document, the city has created this page with hyperlinks to feedback forms specifically for certain areas of the document like housing, climate change, mobility, pandemic preparedness, employment, culture and heritage, rural and urban development, and more. The public has until February 17th, 2021 to submit feedback. You can also email newop@ottawa.ca with general comments and questions.

If you would like to be more engagaed in how our city works with its communities, check out Engage Ottawa. This website gives you the opportunity to learn about and weigh in on Ottawa's projects and initiatives, all in one easy online tool. An example of some of the topics you can give your feedback about include; COVID-19: The Way Forward, Ant-Racism and Ethnocultural Relations Initiatives, Bike Parking Strategy, Public Electric Vehicle Charging Stations, and many more city wide and community and neighbourhood specific topics.

Give me a call if you are thinking about listing or buying your home! I am happy to talk to you about the process and how our team can help you sell and/or find the perfect home for you!